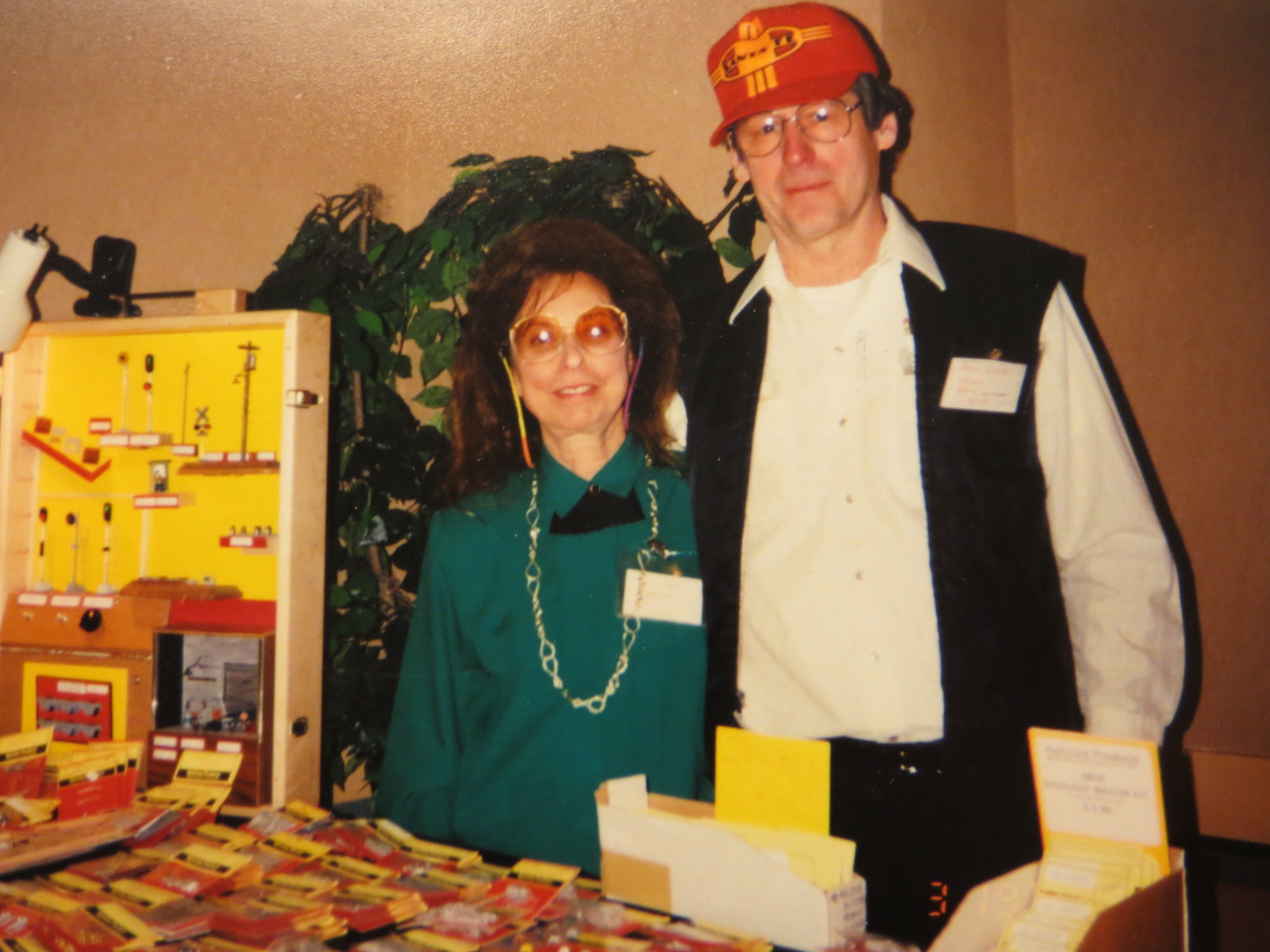 We wanted to devote this page to the founders of KEIL-LINE & MARTHA'S MINIATURE'S of Wonder Lake, IL Mrs. Martha Keil and Mr. John Keil.

John started out in the automotive business and ran a very successful repair shop in the Chicago area, properly named KEIL AUTOMOTIVE. After work he could be found down in the basement making amazing miniatures which eventually led to them forming K-Line Products in 1980 d.b.a. Keil Line Models & Martha's Miniatures. After just a short time John and Martha were able to quit their day jobs and devote their full effort to the miniatures business. They traveled from Williamsburg to San Diego and even to Hawaii, some years attending over 20 shows! The business part was great for them, but the part they enjoyed the most was meeting all the great people in the hobby. I don't think you could find any nicer or more genuine people than Mr & Mrs Keil.

John often said to Martha he almost felt bad charging for his designs, I believe the smiles that his work put on peoples faces meant more to him than the monetary rewards any day. He would talk to people at the shows and someone would say "Boy John it would sure be nice to have this ____ as a miniature". Sure enough Martha said they would just finish unloading the car from a show and he would be back in the shop cranking away on his mini lathe that part someone wanted at 2AM. He was just a super talented & exceptional person!

Some people may only think John was a one person operation, but his sidekick & wife Martha was nearly always by his side. While John was cranking away in the casting and design rooms, Martha was there packaging those beautiful pieces of art, shipping the days orders, and getting ready for the next show. One thing you may not know is Martha is actually is a talented artist as well, she actually created several hundred of the thousand plus designs in the Martha's Miniature's Dollhouse line!

As many of us "train guys and gals" John never lost his passion for cars too. His last car was a 66 El Camino that Martha and him could be seen cruising around the Chicagoland area  and at the local cruise in's. He did a lot of work on the El Camino as you can see below, but it was with Martha's help and idea of adding the blue LED lights in the engine compartment that won them the crowd's favorite award at their local show! So again Martha saved the day!

After John passed, Martha continued to run the operations and even attended her only show without John by her side at the Chicago O Scale March Meet in 2015 with the help of her daughter and son-in-law. Martha wanted the business to be carried on, but with the last several months inventory was running low and it really is a hard business for just one person to do everything, so after my father and I expressed interest in the business at the March Meet, Martha and I were able to strike a deal on both Keil-Line and Martha's Miniatures in October of 2015. While we will never be able to fill the huge shoes that Martha and John left us,  I can tell you for sure we will defiantly try our hardest! My dad and I are very active in this hobby with our own personal layout as well as members of the Youngstown Model Railroad Club and the Western Reserve O Scale Club. That is main thing to remember, this is a hobby and we will do our very best to keep it enjoyable for you while continuing on John's fantastic designs for years to come! 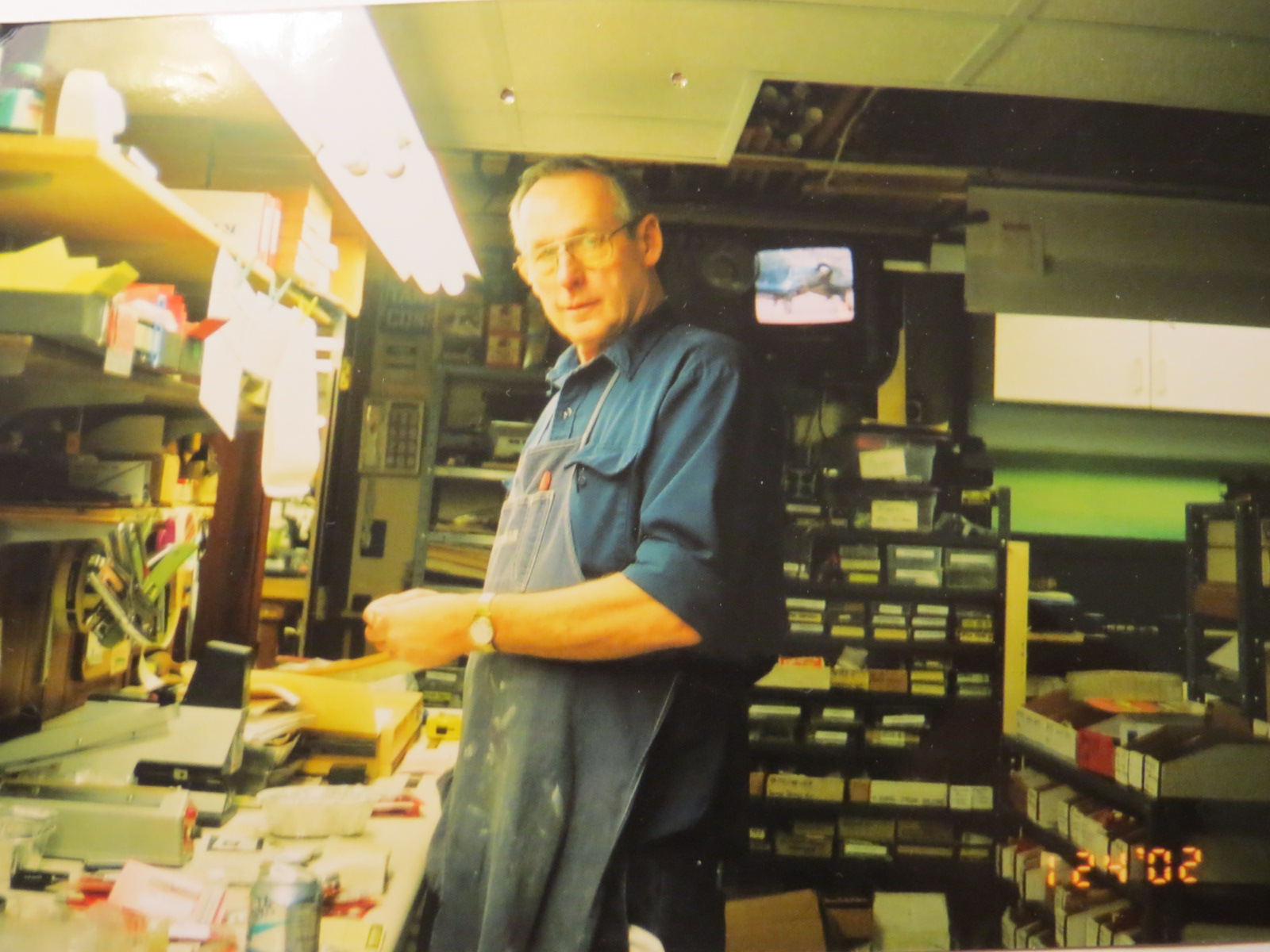